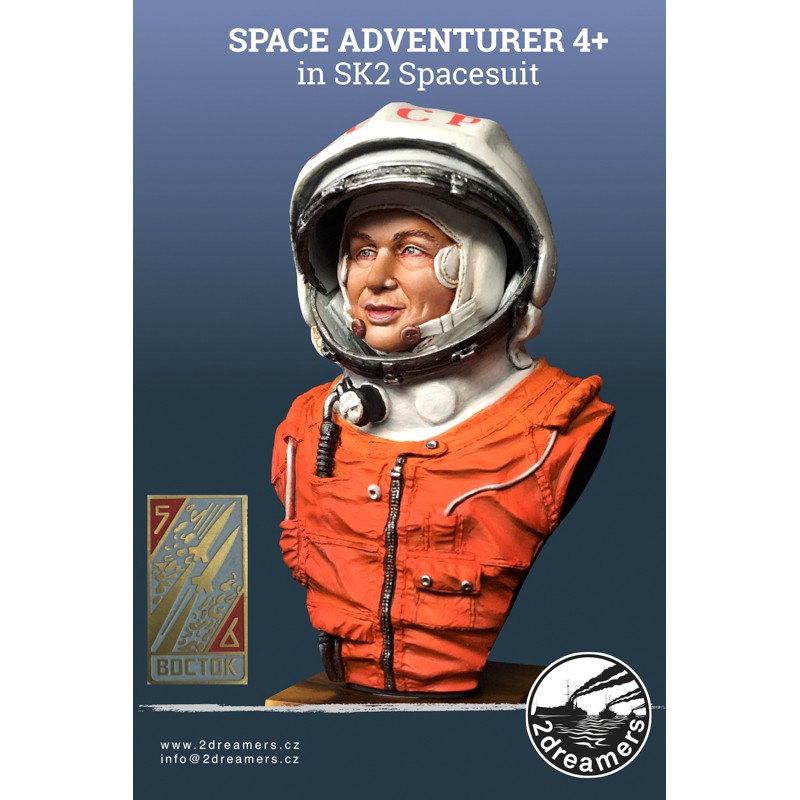 Resin bust of Valentina Vladimirovna Tereshkova in a SK2 Spacesuit for assembling and painting.

It’s 17 June 1963, and the Vostok-5 spacecraft has been in space for two days with Valery Bykovsky on board. The whole world is waiting to see what the Soviets will showcase this time. Last time, it was a group flight of two Vostoks with Andriyan Nikolayev and Pavel Popovich, and now the USSR will also surely use the opportunity to show something special. And indeed, at 12:30, Moscow time, a rocket launched from the Baikonur ramp carrying yet another spacecraft. Nine minutes later, the spacecraft is safely orbiting Earth and receives the name Vostok-6, marking the start of another group flight. However, it will be different from the previous one. The whole world listens with amazement when they hear the voice of the newest cosmonaut in the radio: “Hi, I’m Chaika!”. The voice is a female one, and it belongs to Valentina Vladimirovna Tereshkova who on this day enters the annals of history as the first female cosmonaut.

She was born on 6 March 1937 in the village of Maslennikovo, located in the Yaroslavl area. At first, there was nothing that would indicate her important future role – she came from humble beginnings, her father Vladimir Tereshkov was a tractor driver and mother Yelena worked in a textile factory. She also had an older sister and younger brother. However, the family lost its father soon after Vladimirovna’s birth. Vladimir Tereshkov joined the army in September 1939, and three months later died in Karelia during the Russian-Finnish war.

After the war, the incomplete family moved to Yaroslavl, where Valentina completed seven elementary school grades. To help her mother financially, she started working – first as a worker in a tire factory, later in the “Krasnyj perekop“ textile factory where also her mother and older sister worked. Valentina gradually completed her education while working, and in 1955 she completed the 9th elementary school grade. Afterwards she registered for evening courses of a technical high school in the area of cotton processing technology, and she graduated in 1960.

Meanwhile, she became interested in the Yaroslavl aviation club. There, she joined a parachuting unit and this seemingly small detail later changed her life. After Gagarin’s flight in 1961, she wrote an application to Moscow (similarly as thousands of other young enthusiastic people from all over the Soviet Union) to be sent to space. This application of course ended up in the trash bin; however, what Tereshkova could not have known was that indeed the main spacecraft designer Sergej Koroljov and head of the cosmonaut unit Nikolai Kamanin were planning the recruitment of female candidates for cosmonauts!

The recruitment began in early 1962, and an ideal candidate should have pilot or parachuting experience, be at most 30 years old, weight at most 70 kg and be at most 170 cm tall. The DOSAAF organization (which is similar to the Czech Svazarm) supplied general Kamanin with the files of 58 perspective candidates, and Valentina Tereshkova was one of them. After careful medical tests, examinations and interviews, the committee in March decided to accept five finalists in the unit. These were Irina Solovyova, Tatyana Kuznetsova, Zhanna Yorkina, Valentina Ponomaryova and… Valentina Tereshkova!

In March and April, these women were gradually added to the unit and also recruited into the army as privates (however, already in December they received the rank of 2nd lieutenant).

During the year, the young women underwent basic training, and during that time Kuznetsova had to drop out due to medical reasons. Even though Valentina Tereshkova was far from the most experienced, educated or best prepared, she caught the eye of general Kamanin – with the way she acted, and also due to her background. “It’s Gagarin in a skirt,” he noted in his diary. These factors in the end had a huge impact on the decision of who out of the four will receive a chair in Vostok.

On 10 May 1963, the State Committee decided on the final selection of the candidate for the first female cosmonaut: it will be Valentina Tereshkova, and Solovyova and Ponomaryova will be backups. Valentina was on her way into the history books.

A few weeks later, on 16 June, Valentina stepped on a small platform next to the lift leading to her future spacecraft. And two hours later, she launched to orbit…

Valentina’s flight took 2 days, 22 hours and 50 minutes. During the flight, she established radio (and in one moment probably also visual) contact with Valery Bykovsky’s Vostok-5. The pair had a long friendly chat, Valentina even singed her favourite songs to Valery. However, her mission was not completely problem-free, whereas most of the problems were actually caused by Tereshkova herself. Aside from problems with adapting to zero gravity, where symptoms included nausea and vomiting, Tereshkova was allegedly very tired for most of the flight, complained about various pains, food, hygienic needs and apparently had trouble completing the full technical program of the flight. The landing took place on 19 June near the town of Bayevo in the Altai region. Similarly as with previous Vostok missions, Valentina was catapulted from the spacecraft and landed separately on a parachute nearby. However, she did not comply with prescribed procedures even after landing: allegedly, she gave her remaining rations in the spacecraft to the locals and accepted the food and drinks they offered her. This represented a problem for the scientists who wanted to monitor her nutritional intake during the flight. Based on some testimonies, she also made unofficial adjustments to the flight log. However, she immediately became a celebrity and icon, adored both at home and in the world.

In October, she married her colleague and Vostok-3 veteran, Andriyan Nikolayev – the ceremony was a large and pompous one, held in Kreml under the supervision of Nikita Khrushchev. However, the marriage ran into problems fairly soon, and a few months later it was merely formal. The coupled officially divorced after their single daughter reached adulthood in 1982. Valentina then married the military doctor Yuri Shaposhnikov.

Valentina Tereshkova remained a member of the cosmonaut unit until 1997; however, she knew it was extremely unlikely that she would ever fly to space again – she was too valuable for that. After all, her work obligations would also not allow it – during the years after her mission, she held tens of various formal as well as less formal political and other functions. She remains active in public life to this day, and makes frequent public appearances.

Valentina Vladimirovna Tereshkova never flew to space again, and the three days on broad Vostok-6 in the summer of 1963 was also the only time she experienced zero gravity. And yet, she is a legend who helped pave the way for her colleagues – the cosmic travels of today. 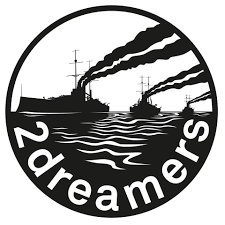 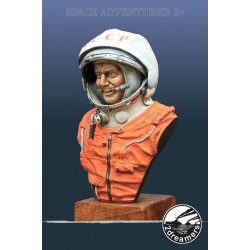 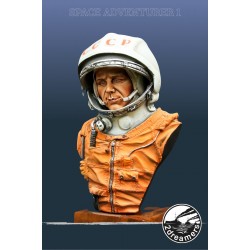 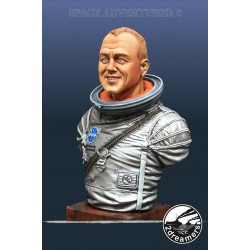 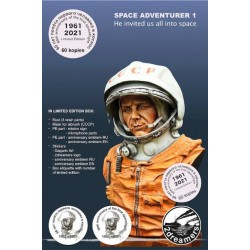 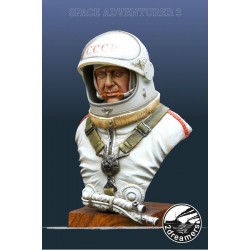 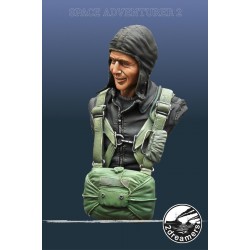 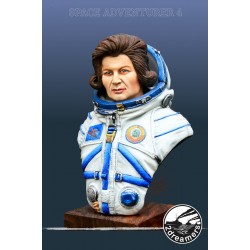